Learning How to Leave 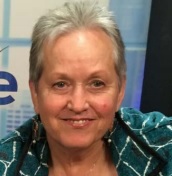 WomenShelter of Long Beach opened its doors to battered women and their children in 1977. In 1978, two significant things happened. The shelter staff followed up with former shelter residents to see how they were doing one year after they left the program. They found that more than 80% of the women they were able to locate had returned to the person who had abused them within a year after leaving the shelter.

At that time, there were no laws protecting women in their own homes from the men (male-on-female violence) who loved them.  There was no financial aid for women who were not legally separated or divorced. Housing was scarce and often unaffordable for women with children. Most women did not have their own credit. The courts and police departments were not trained and often not sympathetic. These were obvious obstacles to a women’s ability to leave abusive partners and to stay free from violence.

Alyce LaViolette started one of the first programs in the country for Spouse Abusers. She specializes in Anger Management, Domestic Violence Counseling for Survivors and perpetrators, Gender Issues, Couples Counseling, as well as an Expert Witness. She is the author of  It Could Happen To Anyone: Why Battered Women Stay. Alyce is a long time member of
AAUW, Long Beach Branch. Please come to the AAUW meeting on April 7 to hear the more nuanced and most significant reasons that women remain in their abusive relationships.

By the way, the second thing that happened in 1978 was that Alyce began volunteering at WomenShelter and it changed her life and career trajectory. Executive director, Geraldine
Stahley, was very far-sighted and creative. She felt that if most women returned to their partners, there should be services to the violent partners so that women could return to a more
peaceful environment. She hired Alyce to design and create a program for perpetrators of domestic violence. Come hear her story.